FACT submits its evidence to the CCRC review

FACT has submitted its evidence to to the Criminal Cases Review Commission’s Review  which can be accessed here We are grateful to Dr Ros Burnett for taking the lead on this task and for submitting this review on FACT’s behalf.

Number of complaints against Norfolk and Suffolk school staff revealed

Parents in Norfolk and Suffolk were last night reassured that incidents remain “extremely rare” after new figures showed more than 250 complaints were made against school staff in the two counties during the last year. The alleged incidents – 139 in Norfolk and 109 in Suffolk – are among more than 1,700 across England unearthed […]

The joint independent inquiry on Kerelaw Residential School and Secure Unit has returned its findings. Commissioned by both Glasgow City Council and the Scottish Government, the inquiry team led by Eddie Frizzell has published a comprehensive report on events at Kerelaw in the run up to its closure between 2004 and 2006. The inquiry had […] 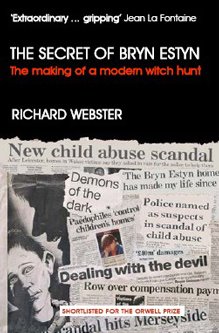 Shieldfield is not an isolated case

It would be reassuring to dismiss Shieldfield as a terrible aberration. The story of what happened to Dawn Reed and Chris Lillie is so bizarre that it might seem to be without parallel. But that would be to replace one delusion by another. On the day after the libel judgment, the Guardian newsdesk was contacted […]

More than 60 detectives are now involved in Operation Goldfinch, the investigation into allegations of abuse in children’s homes across south Wales. Several hundred former residents of about 50 homes, many of which have since closed, are being interviewed by police.  The inquiry is expected to last at least another year. Most of the allegations […]

Dudley Council is today, Monday 21st February 2000, following up an allegation made by a local Brierley Hill man that he was subjected to sexual abuse whilst living at Saltwells House approximately 20 years ago. This allegation came to light following an article in the Express and Star, Friday 18th February 2000, in which it […]