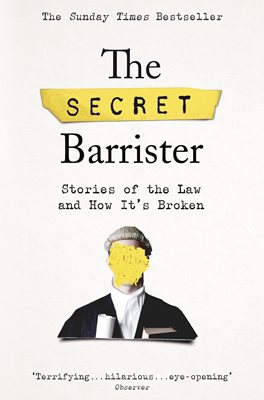 Comments Off on The Secret Barrister, Stories of the Law and How It’s Broken

Comments Off on Warning to the Wrongfully Accused, Keep your Records for Life

We were very sorry to hear that Jim Hepburn died suddenly while attending the United Against Injustice conference on 8th October. To quote Ros Burnett, “he was such a dependable member of the committee, and brought a welcome sense of humour, and also matter-of-factness to our committee discussions. Everybody liked him. He was committed to […]

Comments Off on Jim Hepburn

We are delighted to announce Sister Frances Dominica OBE,DL,FRCN who shared her own experiences of being falsely accused in her talk at FACTs 2016 Spring conference has agreed to accept the role of FACT President. Her experience and determination to offer a voice for the voiceless as well as to raise awareness of the horrors […]

Comments Off on Appointment of FACT President

FACT is supporting the need research into false allegations and is in discussion with a leading academic about how this can be best achieved. More news will follow if the plans are approved.

Comments Off on FACT NEWS – FACT to support need for research

FACT members might like to hear FACT’s contribution to the Radio 5 Live perspective on the DPP comments regarding the investigation of sexual offences. You can access here (for a short while) http://www.bbc.co.uk/programmes/b01r186b Fast Forward to 2:23:00

Can’t find what you are looking for?

Legal helpline for England and Wales only. Available 10am to 10pm daily. Please note that this is a 'charged for' number (FACT does not receive income from this). Costs will vary according to phone provider